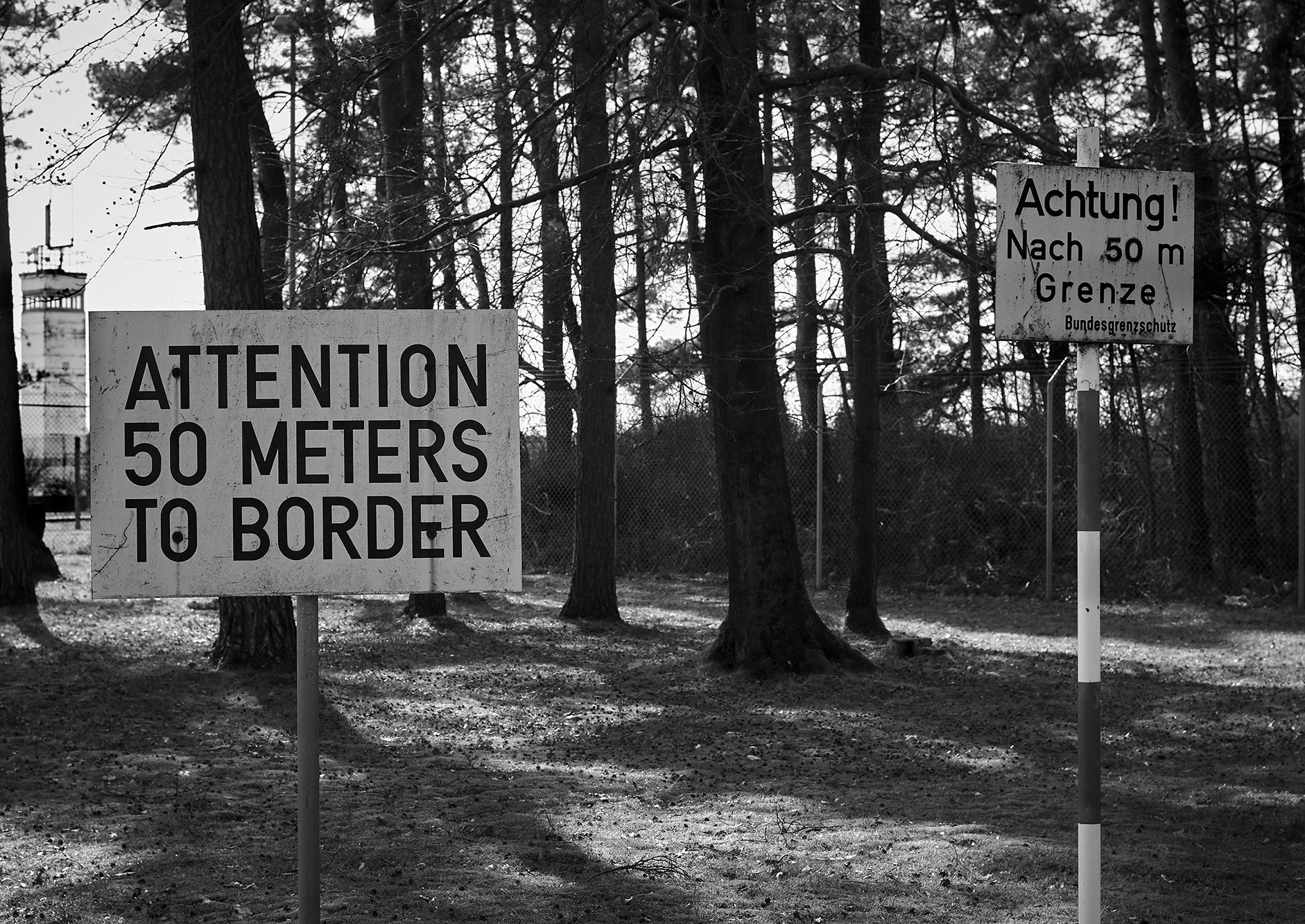 I travelled several times to Germany and Berlin. Always searching for remains of the Inner German Border during the division of Germany. Here are some Pictures. I made them analog and digital.

Checkpoint Alpha (German: Grenzübergang Helmstedt-Marienborn) was the largest and most important border crossing on the Inner German Border during the division of Germany. Due to its geographical location, allowing for the shortest land route between West Germany and West Berlin, most transit traffic to and from West Berlin used this crossing. Most travel routes from West Germany to East Germany and Poland also used this crossing. The border crossing existed from 1945 to 1990 and interrupted the Bundesautobahn 2.